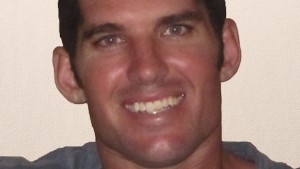 Washington (CNN)Hollywood films and thrilling novels have been written for years about America’s special operations forces, for example, following the the SEAL Team Six mission that killed Osama bin Laden in 2011.

However, the reality of the risks these troops take in the field is rarely discussed openly, even though President Donald Trump and President Barack Obama have increasingly relied on them to carry out high-risk missions around the world to fight ISIS, al Qaeda and their affiliates.

But now, CNN has obtained a rare glimpse into the careers of two Navy SEALs who spent years overseas working on secret, dangerous and high-risk missions that have never before been disclosed in detail.

Both were killed in action earlier this year — one in Yemen and one in Somalia. The Pentagon had to openly acknowledge the details because they died in combat.

Navy Seal William Ryan Owens, 36, was shot and killed in action in January in Yemen during a nighttime raid when a gunfight broke out with al Qaeda operatives. 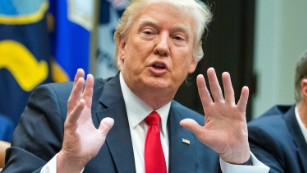 Navy Seal Kyle Milliken, 38, was shot and killed in Somalia in May. He was on a raid serving as an adviser to Somali forces as he and his team approached a compound alongside local troops.

Their deaths underscore the fact that from Somalia to Yemen, as well as in Iraq, Syria and Afghanistan, the war against ISIS, al Qaeda and their affiliates has largely fallen on special operations forces to fight.

With the political reluctance in recent years to send large numbers of conventional forces to the front lines, small teams of special operations forces have become increasingly the force of choice for commanders in battling terrorist networks.

And these highly trained troops are increasingly paying with their lives. Five have been killed in action so far this year, and a total of 22 have died since June 2014 when the war against ISIS began.

CNN has obtained the battlefield citations for both Owens and Milliken — both of whom served for years on high-risk classified combat missions — revealing new details of their extraordinary service.

For his actions in one battle, Owens was posthumously awarded the Silver Star, the nation’s third highest medal for valor. His citation contains astonishing details of the never-disclosed battle against 400 al Qaeda militants deep inside war-torn Somalia in 2015. 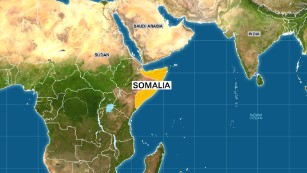 This secret battle raged for three days in July 2015, with Owens leading a 12-man team alongside African forces, targeting 400 enemy militants. He was ambushed and attacked with “small arms, machine guns, anti-aircraft guns, rocket propelled grenades, mortars, and improvised explosive devices,” according to his citation.

Owens “repeatedly exposed himself to enemy fire” the citation says, eventually securing a town that had been in enemy hands for 10 years. On earlier tours, he helped rescue buddies who were pinned down and wounded, and guided in Medevac choppers while under fire.

Virginia Rep. Scott Taylor, a former Navy SEAL sniper, knew both men. Of Owens, he said: “From everything I knew about him, he was a great guy — highly committed, highly talented.”

On Milliken’s final mission last month, he was an adviser to Somali forces, and was in the line of fire under considerable risk, according to the battlefield citation. He was shot and killed as his unit approached a compound west of Mogadishu. Taylor, like many who have served on front lines, rejects the controversial Pentagon view that when troops are military advisers they must stay out of the direct line of fire.

Taylor added: “You certainly can’t fault the operator for wanting to get into the fight. They are there, they are there on the ground with the force they are helping.” 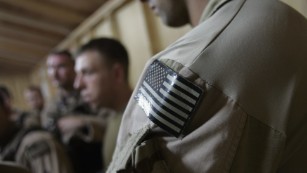 Since Obama began sending special operations forces into war zones with local forces on counterterrorism missions, the basic military policy has been that US troops should try to stay behind a ‘covered” or “concealed’ position in order to not draw fire to themselves. It’s a policy that most troops say simply doesn’t work on the battlefield but that the Pentagon under President Trump still appears to be bound to.

But Gen. Joseph Dunford, chairman of the Joint Chiefs of Staff, recently made clear that no changes to that policy are expected.

“The fundamental rule that applies to all of our forces that are conducting partnered ops that — that they would be at the last cover and conceal position, and not actually the ones closing with the enemy, because fundamentally we conduct partnered operations,” he said at a news conference on May 22. “It is the partners who are actually closing with and destroying the enemy.”

However, at a Capitol Hill hearing on Tuesday, Dunford did concede that special operations forces are stretched, stating that he had been asked by Secretary of Defense, James Mattis to examine all special operations missions to determine where conventional forces can be substituted.

The future of special operations

Taylor recalled his own first mission in Iraq, which was alongside Milliken.

Milliken also served for years in combat as part of a heavily relied-upon special operations force. In 2007 alone, he conducted 48 combat missions in Iraq. During one mission, he helped evacuate three wounded SEALs under fire. In 2009, his team was spotted as they approached a compound they were raiding. Milliken went in, killing enemy forces from less than 20 feet away.

The citations released to CNN remain heavily blacked out, shielding classified details. But there is one clue on how secret their work was. In 2015, Milliken was awarded the Navy achievement medal for developing “ground-breaking procedures” for “future national mission taskings.”

In the world of special operations, “national missions” are the most classified, requiring presidential approval and often remaining secret for decades.