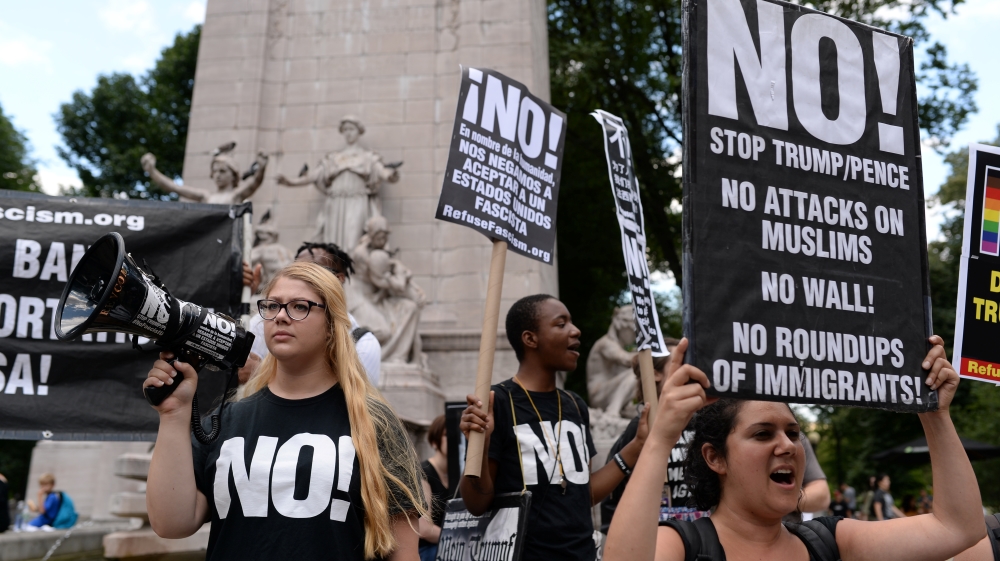 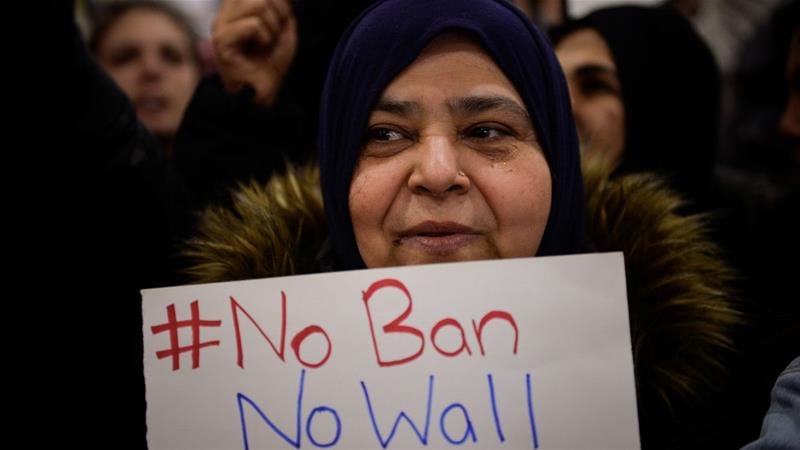 A leaked state department cable has outlined new criteria for visa applicants from six mainly Muslim countries as partial enforcement of Donald Trump’s travel ban is set to come into force on Thursday.

Under the new guidelines, which were leaked to the press and have yet to be confirmed, new visa applicants from Syria, Sudan, Somalia, Libya, Iran and Yemen and all refugees must prove a relationship to a “close” relative already in the United States to be eligible for a US visa.

The new guidelines excludes categories that had previously been laid out by Monday’s Supreme Court decision that partially reinstated Trump’s March 6 executive order.

Grandparents, grandchildren, aunts, uncles, nieces, nephews, cousins, brothers-in-law and sisters-in-law, fiancees or other extended family members are not considered to be close relationships, according to the guidelines that were issued in a cable sent to all US embassies and consulates late on Wednesday.

The same requirements, with some exceptions, hold for all refugees that are still awaiting approval for admission to the US.

OPINION: The Muslim ban and the ethnic cleansing of America

As far as business or professional links are concerned, the Department of State said a legitimate relationship must be “formal, documented and formed in the ordinary course rather than for the purpose of evading” the ban.

The cable said “a worker who accepted an offer of employment from a company in the United States or a lecturer invited to address an audience in the United States would be exempt” from the travel ban, but someone who simply made a hotel reservation would not count as someone with a bona fide relationship, according to Reuters news agency.

Consular officers may grant other exemptions to applicants from the six countries if they have “previously established significant contacts with the United States” or “significant business or professional obligations” in the US.

Exemptions may also be granted if the applicant is an infant, adopted child, in need of urgent medical care, if they are travelling for business with a recognised international organisation or the US government, or if they are a legal resident of Canada who applies for a visa in Canada, according to the cable.

The new rules take effect at 00:00 GMT on Friday, or 8pm EDT in the US, according to the cable.

Bruce Fein, a former US associate deputy attorney general, told Al Jazeera if the reports by the Associated Press news agency are true, it “limits the categories” previously established by the Supreme Court’s opinion on Monday.

Fein said this means the Trump administration would seem to be “in defiance of at least a minimal scope for the bona fide relationship that required the department to continue grant visas”, which would mean “respondents in the case could return to court, ask for an immediate emergency hearing and ask for an injunction or a finding that the state department or Trump be held in contempt”.

Fein added that “there isn’t any doubt that the two categories listed … is narrower than the expressed terms of the court’s opinion.”

Questions over how the new guidelines will be enforced remain.

The state department cable does not give details on what documentation is required to prove applicants fall into one of the accepted categories.

Fein told Al Jazeera that “in many of these cases, you think the state department thought the medical records kept in Somalia are like the record kept in New York City or Washington, DC”.

He said that the same types of questions remain on how visa applicants should prove they have the needed business ties.

“It’s going to be massive confusion and why the state department would issue the cable without having clarifying these issues is mystifying,” Fein said.

Shortly after taking office, Trump ordered the refugee ban and a travel ban affecting the six countries, plus Iraq. He said it was needed to protect the US from “terrorists”, but opponents said it was unfairly harsh and was intended to meet his campaign promise to keep Muslims out of the US.

After a federal judge struck down the bans, Trump signed a revised order intended to overcome legal hurdles.

The revised order excluded visa applicants from Iraq. The new order was also struck down by lower courts, but the Supreme Court’s action on Monday partially reinstated it.

Shortly after the court issued its opinion, the American Civil Liberties Union (ACLU) said on Twitter it would “head back into court to fight the fundamentally unconstitutional Muslim ban this October”.

Omar Jadwat, the director of the ACLU’s Immigrants’ Rights Project who had argued the case in court, said in a statement that the travel ban “violates the fundamental constitutional principle that government cannot favour or disfavour any one religion”.

“Courts have repeatedly blocked this indefensible and discriminatory ban. The Supreme Court now has a chance to permanently strike it down,” he said.

Lara Finkbeiner, from the International Refugee Assistance Project, which also sued the administration over the ban, said she was “incredibly disappointed with the decision”.

“We are a nation that values acceptance and diversity, and in making this decision and putting this executive order back into effect, the Supreme Court is sending a very clear message and it’s putting the executive’s discriminatory policy back into effect.”

But Trump praised the decision, saying in a statement it allowed his travel ban “to become largely effective”.

“Today’s unanimous Supreme Court decision is a clear victory for our national security,” Trump said on Monday, adding that the ruling allowed him “to use an important tool for protecting our nation’s homeland”.