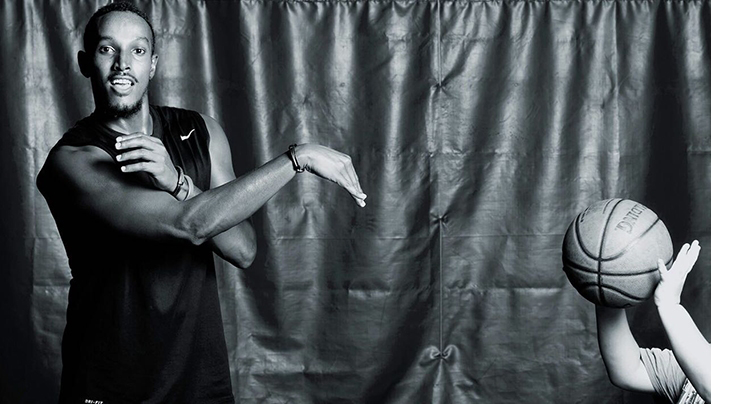 MOGADISHU (FIBA AfroBasket 2017) – For the last two decades, Somalia has been engulfed in war resulting in millions of lives being lost, while an unstable economy has affected every aspect of life in the country.

The turmoil has forced many a Somalian to seek refuge abroad for a chance to embrace peace. Among them is national team captain Yusuf Qaafow who lives in Australia.

“I really think that once we have our full strength team we will be a tough team to play against.” – Qaafow

Talking to FIBA.com, the 28-year old shooting guard who plies his trade for the Brisbane Spartans highlighted the importance of coming together with other Somalian players who live on different continents to represent the pride of their nation.

“To represent your country is a great honour and a privilege. I thank God for that opportunity,” Qaafow said. “All my teammates are very proud also and understand the meaning of the name and what is required.”

Somalia is a former basketball powerhouse in Africa but the nation’s success dates back to the 1980s when they conquered not just the Horn of Africa but the entire continent.

Bronze medalists at the 1981 FIBA Africa Championship, Somalia has seen it all and Qaafow wants to return his side to that high level. He believes the current players have what it takes to achieve this feat.

Qaafow was four years old in 1992, when Somalia last took part in Africa’s flagship competition in Cairo, Egypt. In the FIBA Africa Zone V Championships – Qualifiers for FIBA AfroBasket 2017 – Qaafow will lead his teammates into their third quest for a rather much anticipated return to the continental tournament.

“It would be great for our people and all that happened in our country for the last 26 years. We do not only want to participate in the Zone V Qualifiers. To really compete with countries that have better funding and that have been training together for a while is a great start. I am personally not satisfied. I really think that once we have our full strength team we will be a tough team to play against,” he explained.

While most of the players on the Somalian senior men’s national team play abroad, Qaafow does not take it for granted that he plays alongside a number of teammates based in Mogadishu who have to go through hardships to make it to training sessions, let alone lead normal lives amidst war and strife.

“No one deserves to wear the jersey more than the players from Mogadishu because they have seen the bad and the ugly although they definitely need us as we have foreign training and experience so we work together as a team because we are all Somalian,” he explained.