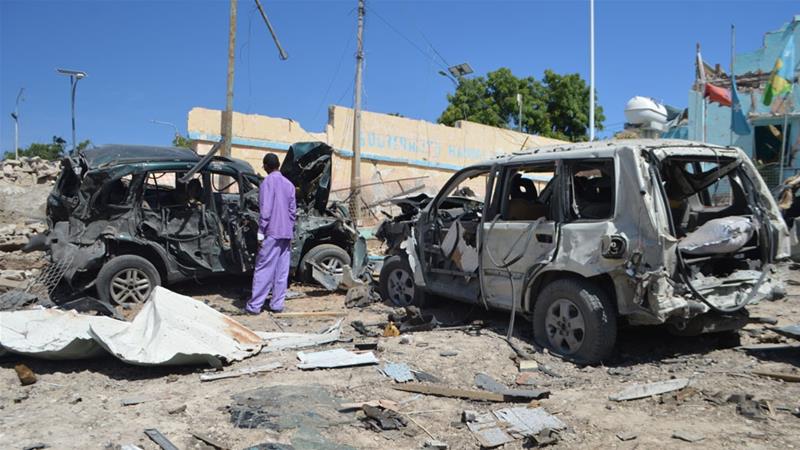 At least 15 people have been killed after a suicide car bomber posing as a milk delivery van detonated at a district headquarters in Somalia’s capital Mogadishu, police said.

The death toll may rise, as some of the at least nine wounded were badly hurt in the explosion at Wadajir district headquarters in Mogadishu, Captain Mohamed Hussein told The Associated Press.

Most of the dead were civilians, Hussein said.

A column of white smoke was seen above the capital and some houses were rattled by the blast, DPA news agency reported.

“We heard a huge explosion in Wadajir district, there are some casualties,” Abdifatah Omar Halane, the spokesman for Mogadishu’s mayor, said.

Al-Shabaab said they were behind the blast.

“It’s a suicide car bomb in Wadajir District building in which Somali officials and their staff stay. There are government and their staff who have died at the scene. We will tell you the number of dead later,” Abdiasis Abu Musab, al-Shabaab spokesman for military operations, said.

The blast comes less than a week after al-Shabab gunmen carried out an overnight siege on a popular restaurant in Mogadishu, killing at least 31 people.

Al-Shabab was forced out of the capital and other major urban areas in Somalia by national and African Union multinational forces, but it continues to carry out deadly bombings and attacks in Mogadishu and elsewhere.

Targets have included hotels, military checkpoints and the presidential palace.